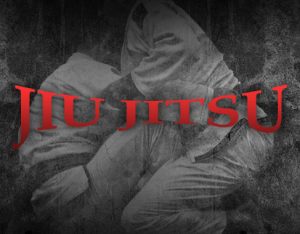 I Go Ryu Jiu Jitsu is a principle based Mixed Martial Arts Style. By learning the main principles of human bio-mechanics and physics in IGRJJ, we create the foundation for the main actions, like striking, kicking, throwing, submissions, grappling, in all martial arts styles. We have many students from other styles joining in and we help them to improve their existing technique in their style by correcting their bio-mechanics and bad habits. Contrary to the popular believe the name of the style is not Igor’s name broken into parts, but that theory does sound good!-) The name comes from I Go, which is an Asian chess game played with white and black stones on a grid like board! The goal is to surround the opponent with ones stones and then take them of the board. And so the method of the I Go Ryu Jiu Jitsu style is to have more technical martial arts, mental, and physical skills then the opponent, to be able to “surround“ a possible better skill or physical superiority of the opponent with those extra superior skills on your own. As Igor is also one of the students of Master Taka, it is natural that I Go Ryu Jiu Jitsu has it’s roots in the teachings of the great Master Rickson Gracie and Master Takamasa Watanabe. 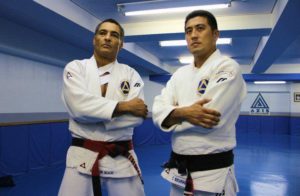 Jiu Jitsu, is a collective name for Japanese martial art styles including unarmed and armed techniques, literally meaning the “art of softness”. Jiu Jitsu or Ju Jutsu evolved from a self defense method or art among the samurai of feudal Japan as a fighting method for defeating an armed and armored opponent without weapons. Due to the ineffectiveness of striking against an armored opponent, the most efficient methods for neutralizing an enemy took the form of pins, joint locks, and throws. These techniques were developed around the principle of using an attacker’s energy and force against him, rather than directly opposing it. Today a principle commonly used in most Martial Arts Systems. There are many variations of the art, which leads to a diversity of approaches. Jiu Jitsu schools (ryu = school in Japanese) may utilize all forms of grappling techniques to some degree (i.e. throwing, trapping, joint locks, holds, gouging, disengagements, striking, and kicking). In addition to unarmed combat, many schools teach also the use of weapons. Today, Jiu Jitsu is practiced in both centuries-old and modern sport forms. Derived sport forms include the Olympic sport and Martial Art of Judo, modern Ju Jutsu, Sambo and Brazilian Jiu Jitsu. The modern Jiu Jitsu practitioner or competitor wears a Judo like uniform, the Dogi (or short Gi).